The chemical talking of microbes

Biogeochemical cycles are networks of processes with global impacts. Despite their large-scale influence, the majority of the crucial processes occur at the microscale and are conducted by microorganisms. An important arena for microscale processes is the phycosphere. This concept can be simply defined as the area surrounding phytoplankton cells where released metabolites accumulate. The sphere concept can be extended to other particles with high biological activity such as aggregates. Yet, phycosphere implications in physical, chemical and biological processes are far from simple. One of its multiple essential roles is to provide an environment where microbial communication and symbiotic relationships can develop.

Most communication in the microbial world involves the exchange of chemical signals, also named infochemicals. Actually, evidence for the role of infochemicals in a vast assortment of biological interactions have accumulated in the last decades. For instance, the generation of a chemical gradient around a cell, aggregate or multicellular organism, and the chemotactic response of some motile organisms towards it, initiate and shape connections between living beings. The importance of chemotaxis in parasitic behavior, selective grazing or foraging, and in a wide range of bacterial-algal and bacterial-coral associations has been documented.

Within the extensive range of infochemicals, dimethylated sulfur compounds (DMSCs) are noteworthy, and two of them have deserved special attention in the chemical communication field. Dimetylsulfide (DMS), besides playing a central role in the global biogeochemical sulfur cycle, serves as infochemical for a wide range of organisms, from microbes to mammals. It has been shown to act as a chemotactic attractant for protists, foraging cue for marine birds and mammals, and wake-up call for dormant parasitoids of dinoflagellates, enhancing parasitic infections. Another sulfur infochemical is dimethylsulfoniopropionate (DMSP), a phytoplankton metabolite with strong chemoattractor potential for some bacteria, phytoplankton, microzooplankton and fish species.

The understanding of the role of chemical communication in marine microbial food webs and biogeochemical cycles is just at a start. Further research requires the combination of traditional chemotaxis experiments with more novel microfluidic-based approaches for improved data collection and real-time process visualization. 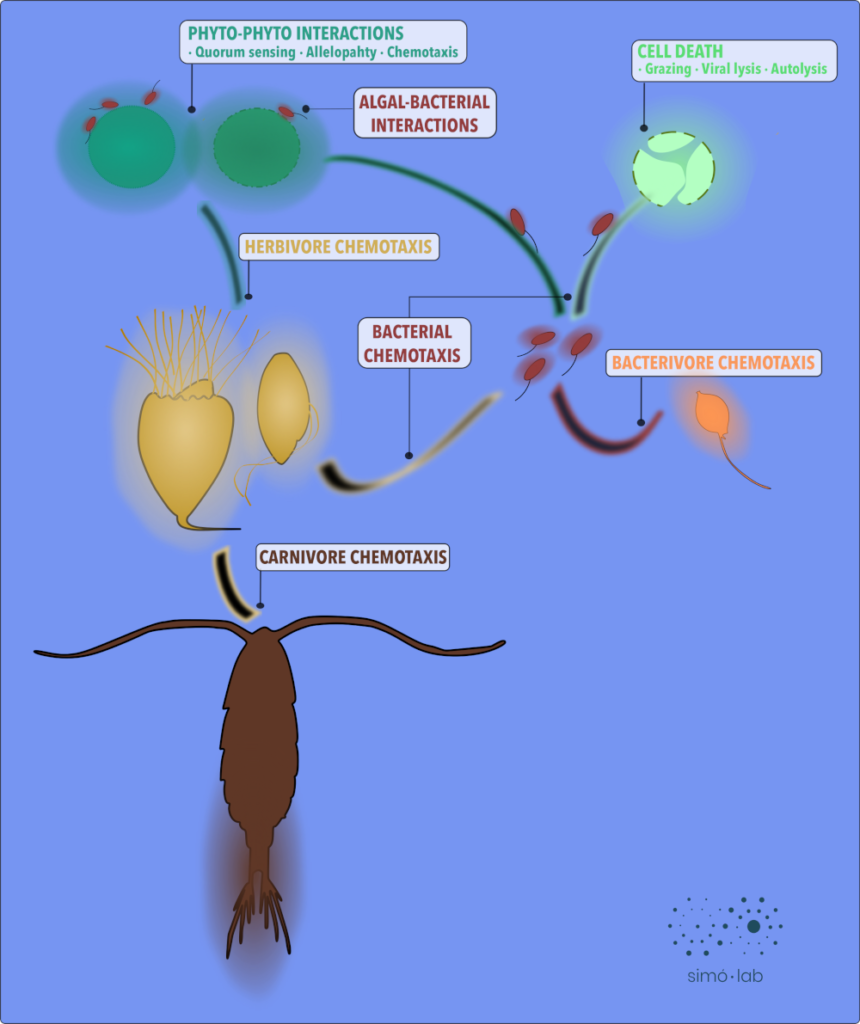 Keywords (click to see featured articles from the lab): 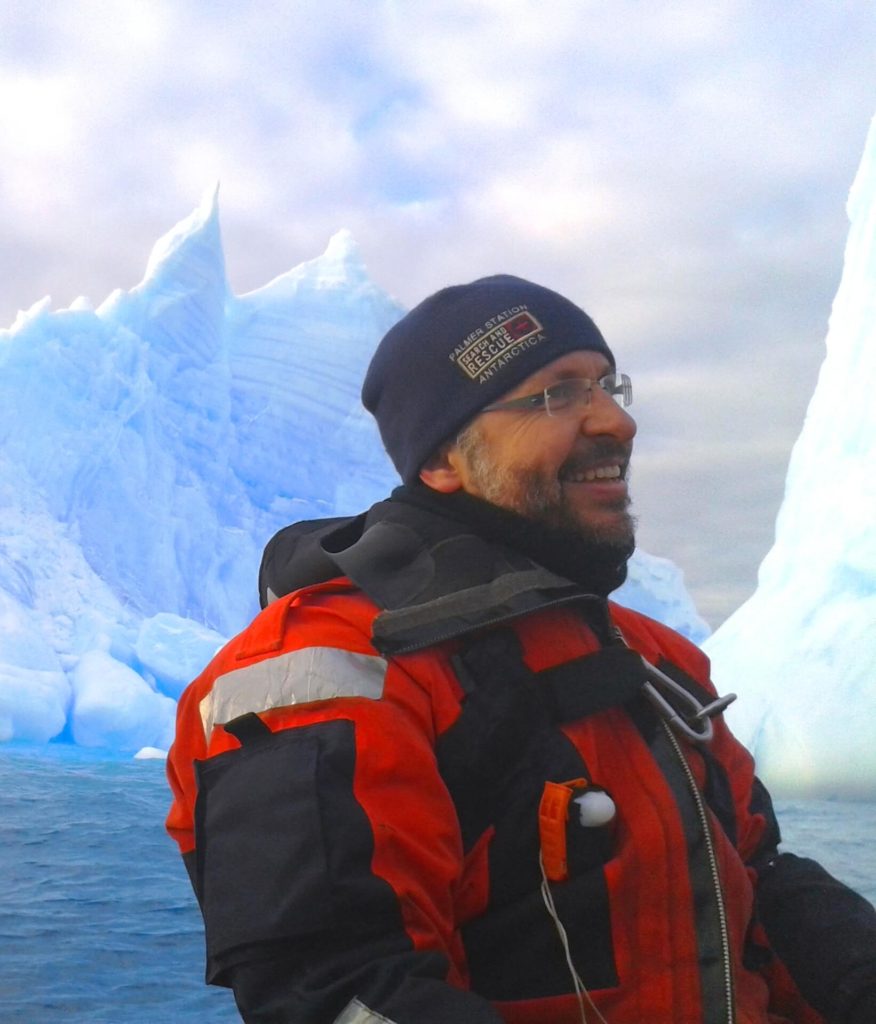